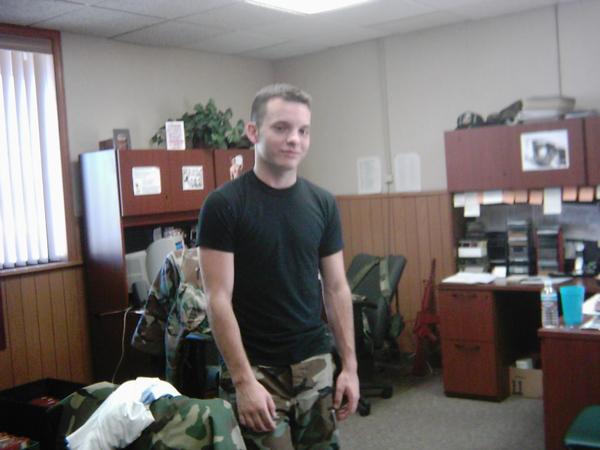 Published by Jeffrey Harlan on February 19, 2008

On Sunday, I was at last able to visit the site where my friend Dan was killed last year. I went with another friend, Stephanie, and we were later joined by Jim, Zach, and Zach’s girlfriend. We traded stories about Dan, some funny, others less so. I also, finally, learned exactly what happened that morning.

Dan had spent the previous evening playing poker with several of my old coworkers. He and his roommate left, and made their way to PT’s, a bar near where they were living. Some time after midnight, Dan’s roommate took a cab home, leaving Dan at the bar alone.

At around 6 am, Dan left, giving someone else a ride home. Although not appearing to be intoxicated, Dan’s post-mortem tests revealed a BAC of 0.25, which is more than three times the legal limit. Apparently, on his way home, Dan bumped into another car and, knowing he was drunk, he sped off.

Dan was driving at about 100 mph when he swerved to avoid a truck in his lane. He lost control of the car, and it went airborne when he hit the curb. The car punched through a fire hydrant, then into a wall. For the first time I can think of, Dan wasn’t wearing his seat belt. He was ejected through the windshield, and bounced off the wall at about the same time as his car, which went flying over him before it rolled nearly half a block down the street.

Dan came to rest in a seated position against the tree. One of the residents of a nearby house found him there, and was witness to his final moments of agonized breathing, for which, thankfully, he was unconscious.

Stephanie told me that she felt guilty and blamed herself for her perceived role in his death. I, too, have felt that same sense of survivor’s guilt. Had I not been stationed in Turkey, it’s entirely possible that I would have been the one sharing an apartment with him, and I would never have left him at the bar like that. Logically, I know these self-recriminations are complete crap, but I also know that it’s hard to feel otherwise.

Dan was buried near his home in New York with full military honors. I just wish it hadn’t been necessary. This past year has been hard enough without my closest friend.