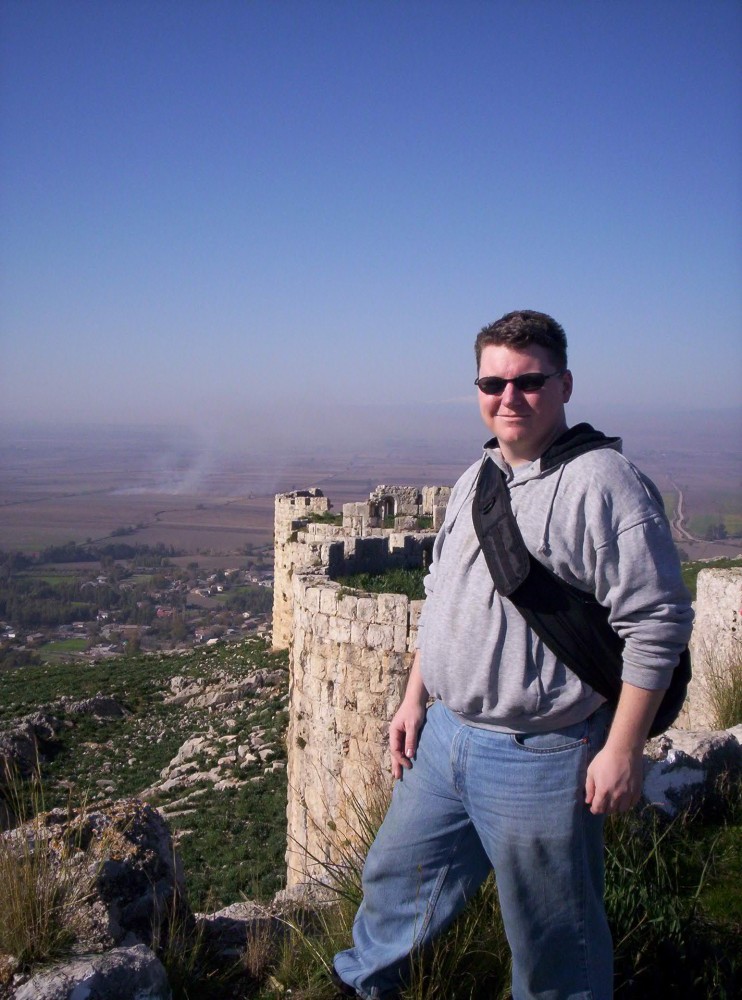 Historian in the Making

Published by Jeffrey Harlan on February 5, 2012

I suppose it’s inevitable that I would eventually come to study history at the university level. I’ve spent my entire life surrounded by historical places and events, and have even participated in a few; the study of history, for me, is almost an introspective effort: I’m examining myself as much as I am the subject I’m studying.

My earliest interest in history was when I was living in Shiprock, New Mexico, on the Navajo Reservation. My mother taught at a nearby school, and I began to discover at a young age the history and culture of the Navajo Nation from the Navajo people themselves. This was also the year that Halley’s Comet passed near to Earth once again, and my mother took the family out into the desert to see it, away from the light pollution of Shiprock’s more populated areas. I learned about the history of the comet, and the infrequency of its encounters with Earth (in terms of a human lifespan, at least). Not only did this spark an early appreciation for history, but for astronomy as well.

My exposure to the Navajo caused me to seek out information on the native tribes near Milwaukee, Wisconsin, when my family moved there the next year. I was struck by how different, yet how similar, the cultures were. A year later, in Texas, I learned about the Alamo and Texan history from the Texan perspective. Another year found me in Germany, and my travels introduced me to a number of historical places that I likely would never have seen otherwise.

During my first visit to Berlin, I learned about the events of the Cold War that led to it becoming a divided city. I visited the Berlin Wall, and even had the opportunity to add my own mark to it. I learned of the scandals surrounding the East German Olympic team, and of the murder of the Israeli team. I was in the same places where those events had happened, and less than a year later, I’d return to help make history by renting a hammer and chisel so that I, too, could carve away at the Berlin Wall.

My twelfth birthday found me in Naples, Italy, for a swim meet. I briefly experienced Italian culture through a visit to a bustling commercial district, but the highlight of the trip, for me, was a visit to the ruins of Pompeii. I’d read about Pompeii in a book while I was still living in Texas, and the story had fascinated me. Now, I was walking through the streets, viewing the mosaics, and touring the homes of that Roman city. It was an amazing experience that I’ve never forgotten. Not long after, I visited London. I learned about medieval history, visited a museum in Canterbury dedicated to Geoffrey Chaucer’s works, and even took a tour of London that highlighted the career of the Beatles.

Also that year, I once again took an active, if small, role in history. The United States was at war with Iraq, and as a military brat in Germany, I had a front-row seat for all of the troop movements passing through. I was a patriotic teenager now, however, and working toward my Eagle Scout to boot, so simply observing wasn’t something I could do. Instead, I volunteered with the USO to provide a place where deploying service members could relax while stopped over in Germany.

Having the opportunity to visit so many historic locations, and to take part in a few, before I had even finished high school was a unique experience, so the transition to a more mundane school in the Midwestern United States for my final year of high school was a severe shock. My early attempt to find purpose for my life in college was rough, with a high point being my brief career as a journalist.

Ultimately, I enlisted shortly after the September 11th attacks. I was already planning to join, but my inability to obtain an ROTC scholarship forced my hand. I spent the next six years of my life in the military, and again took an active role in a war with Iraq in 2003. My time in the military helped me to focus on what I wanted with my life, and when I returned to civilian life in 2007, I returned to school to seek my degree in history.