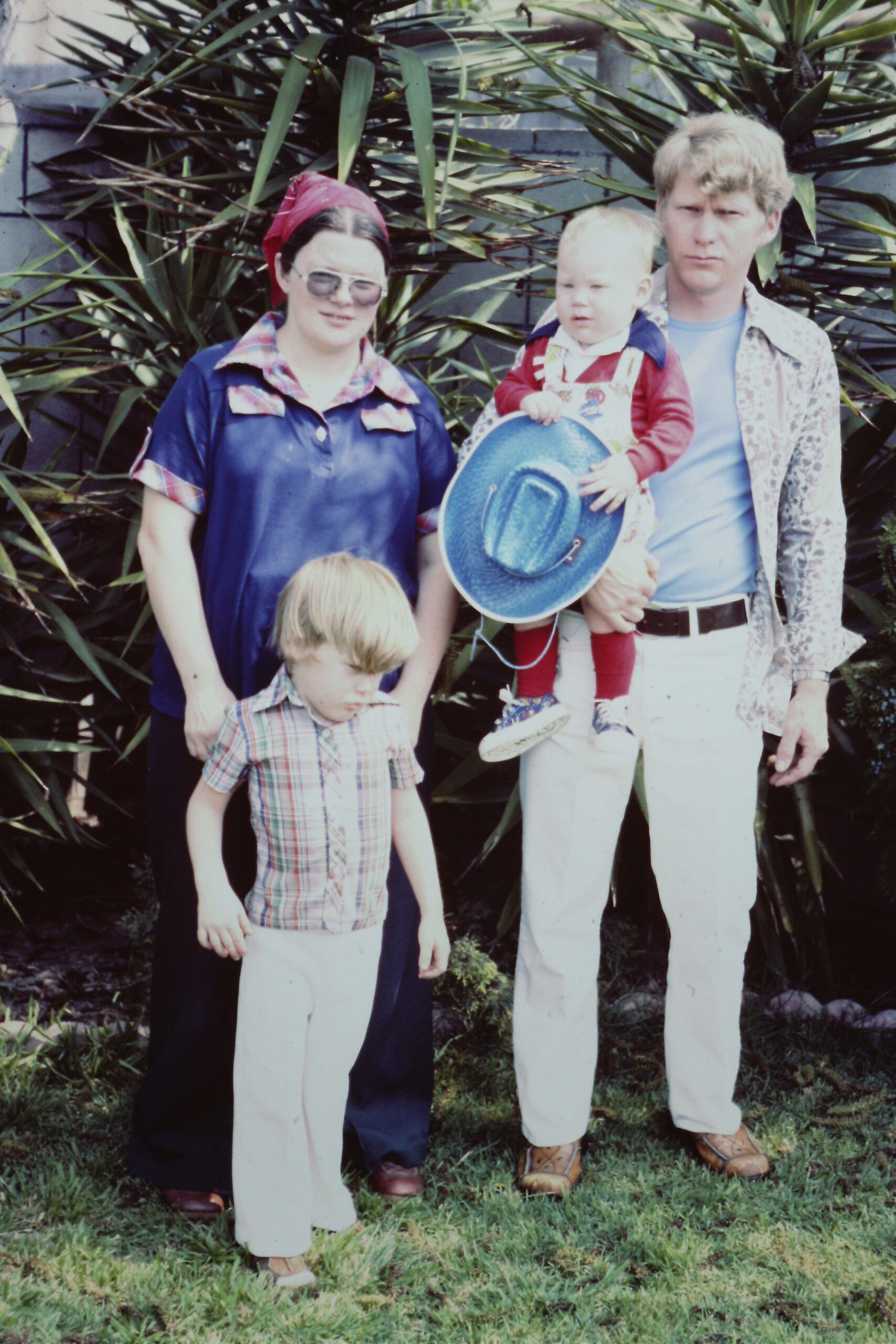 Published by Jeffrey Harlan on September 21, 2011

I wanted to be a scientist when I was a boy. To be an astronaut was even better: they were scientists who got to go into space! Of course, I had other dreams as well: writer, teacher, even becoming a priest… well, at least until I discovered girls. The desire to someday become a father outweighed the boyhood interest in the priesthood and its accompanying celibacy. All these dreams had a unifying pattern: they were all professions of highly intelligent people that I respected and admired.

Many, if not most, of my heroes and role models in my youth were scientists: Albert Einstein, Stephen Hawking, and even fictional scientists like Back to the Future‘s Dr. Emmett Brown and Star Trek‘s Mr. Spock. I grew up on a steady diet of science fiction programs, and chief among them was Star Trek. This would serve as a foundation for my later life, and often served as a frequent refuge from aspects of my life that I couldn’t or didn’t want to deal with.

My parents separated when I was four years old. My siblings–my older brother, Kevin, and my younger sister, Stacia–and I stayed with our mother, while our father moved out. Ultimately, my mother elected to move from California–where my father’s family is from and where they’d settled after his enlistment in the Army ended–back to her home state of Wisconsin. Such a massive distance–nearly 2000 miles–effectively meant that seeing my father again would be an exceedingly rare event. We drove across the United States, with stops in places like the Grand Canyon and Meteor Crater, a trip that took about a week to complete. Our bright yellow GMC Hornet was packed with as many of our belongings as my mother could fit into it and still have space for three young children. We spent most of our nights during the trip camping. I’m sure it was meant to save as much money as possible by not having to get a hotel room every night, but as a result, the trip became something of an adventure for a four-year-old boy, and it helped distract me from how much I missed my father. That empty place in my life was a gaping hole that yearned to be filled, but try as I might, I was never able to to so with any real success.

I looked far and wide to find a role model, a father figure, to plug that hole in my heart that had been left in my absent father’s wake. It wasn’t his fault, but I couldn’t know that at such a young age, and my bitterness toward him only grew as I got older. Nevertheless, I treasured every moment I got to spend with him during the summers, when my siblings and I would return to visit him in California, even as our family moved to a different state each year because my mother was switching from one teaching position to another, before ultimately moving us across an ocean for a job on an Army post in Germany when I was ten years old.

Amid all this chaos and upheaval in my life, I still sought a surrogate father figure, and even fictional characters weren’t off limits. One of the earliest role models I looked toward was Mr. Spock. I’d watched nearly every episode of Star Trek as they were airing in syndication, as well as the feature films as they came out. Spock was calm, rational, intelligent, respected… everything I wanted to be. Most of all, he was the master of his emotions, a trait of his I tried to emulate, to compensate for the torment I was feeling and didn’t know how else to process.

A fictional character is a poor substitute for an absent parent, however, and thankfully this was remedied when, after a year on the Navajo Reservation in New Mexico, we returned to Wisconsin, this time settling in Milwaukee. My mother’s oldest brother, Jim, lived in the Milwaukee suburb of Brown Deer. Jim had done very well for himself as a teacher, school administrator, and by that point a stock broker. Once again, I had a highly intelligent, successful person to look up to and emulate. This time, however, he was actually involved in my life, and not just someone I had read about or watched on television. Jim had three daughters, the eldest of whom was a few years older than my brother, and the youngest was about the same age as my sister. Jim had no sons, and I think part of him may have liked the idea of stepping in as a sort of surrogate father figure for myself and my brother. I can understand that feeling, as I did much the same for two years with my own sister and her eldest daughter, and I have a very deep affection for my sister’s children because of that bond.

During the year that we lived in Milwaukee, I was in third grade, and in Cub Scouts. Jim taught me how to tie a necktie, how to safely use power tools while helping me make a Pinewood Derby car, and so much more. I’m deeply grateful to him for taking an active role in my life, particularly at that stage, and when I completed Eagle Scout nearly eight years later, Jim was one of the first people I called to share the news. I haven’t seen or spoken to him in many years, but I still think back on that year in Milwaukee with fond memories.

Despite the many arguments and even outright fights that we had while growing up, I looked up to my brother, Kevin, quite a bit when I was in middle school and high school. Kevin is about three years older than me, so it was easy to see the trails that he blazed as a guide for conducting my own life. I know he struggled just as much as I did, if not more so, but he always kept his head on straight. My freshman year of high school was his senior year, and I even followed his example of joining the school’s fledgling JROTC program. By this point, our relationship had settled into one with far less conflict than there had been as children, and earning his respect was very important to me. Even my desire, years later, to attend Cal State Fullerton after finishing high school was motivated in large part by similar reasoning as my joining JROTC in his footsteps. We shared an apartment in Fullerton for four years, and the bond between us only strengthened. After he enlisted, and I’d since transferred to Iowa State, I even made a trip to Missouri to see him graduate from the Army Chemical School at Ft. Leonard Wood. Little did I realize at the time that, less than a year later, I would be graduating from the same school, once again following in my older brother’s footsteps.

Growing up without a father’s influence in your life, for whatever reason, is not easy. I blamed my father for it, to the point where I went so far as to deliver what could be one of the greatest slaps in the face that I could, going through the courts to have my last name changed to my mother’s maiden name. In retrospect, I can see how much that insult hurt him, and when I first told him that I planned to change my name, he told me that, whatever my name, we were still bound by blood, and he would always be my father, and I, his son. It was many years before I finally came to terms with the divorce, by which point my name had long since been changed and I’d done a fair job of alienating the very man who, whether I’d realized it or not, I’d spent an entire lifetime trying, largely in vain, to replace. The damage to my relationship with my father was profound, though not irreparable. After I’d enlisted, and had the life experiences of going off to war and losing friends to show me that life was short and what I’d thought was important didn’t really matter after all, I began to realize many things about my parents’ divorce and the factors that led up to it. I was, finally, able to let go of the bitterness and resentment I’d held for my father’s absence. I’ve since been able to connect with him, and although our relationship may never be as close as it could have been, I’m glad that, at long last, I finally have one with him.